“Only an extreme liberal ideology would support open heroin injection sites,” said Tom. “We care about the hardworking people who choose to raise their families in the Southern Tier, Finger Lakes and Western New York. It would be unfair to them if we allowed their neighborhoods to become a haven for violence, crime and homelessness. We are proud to stand with our friend Keith Wofford to discuss this important issue.”

Tracy Mitrano, Tom’s opponent, has been outspoken in her support of open heroin injection sites, calling them an “appropriate” solution to the opioid epidemic plaguing our communities.

During his portion of the press conference, Keith Wofford discussed his plan to combat heroin and opioid abuse.

“Time and again, parents and family members cannot find open beds for their loved ones in need of treatment,” Wofford said. “By creating a dedicated fund administered through the Attorney General’s Office to invest in additional treatment capacity we can help families escape the horrors of opioid addiction and enable patients to receive treatment close to home where they have their families’ support.” 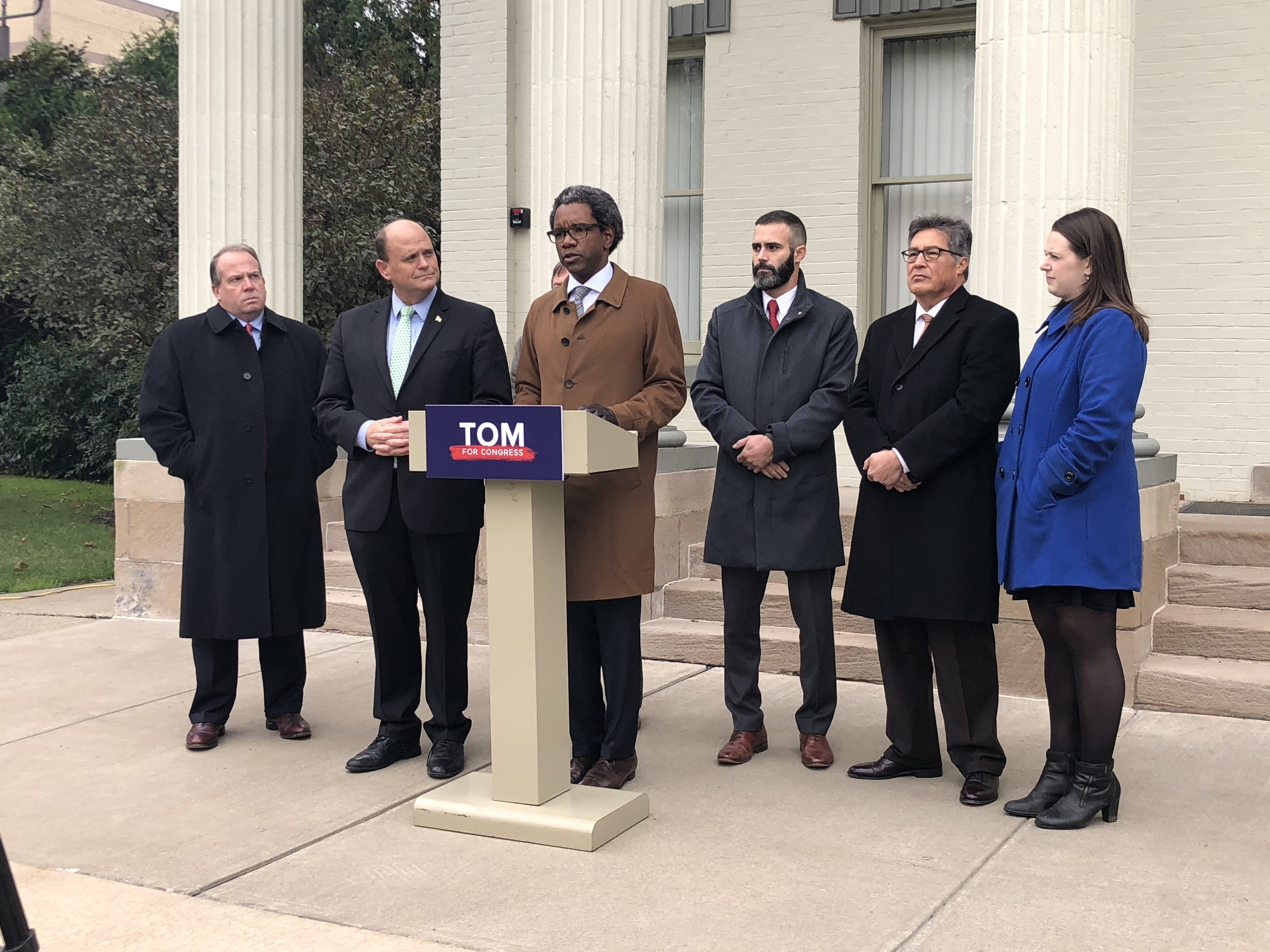